SECOND-HAND CLOTHING IS TAKING OFF

Nowadays, fashion is considered one of the highest polluting industries in the world. Its impact on the environment is all the more worrying as the frantic pace at which collections are produced leads to massive overproduction and excessive waste, applying the "take, make, dispose" model to the letter. Faced with this linear model, whose viability is now obsolete, a new creative ecology is emerging, driven by new values and a new way of understanding the world. Today, longevity is desirable: the product lives on. The economy is now collaborative, it is bending but not breaking. This new circular economy was the focus of the discussion between Adèle Rinck from Eco TLC, Amandine Grimbert from Emmaüs France, Monia Sbouai from Super Marché, Anne Quemin from Le Bon Coin and Stéphanie Talevis from Circul'R moderated by the fashion journalist Céline Vautard. 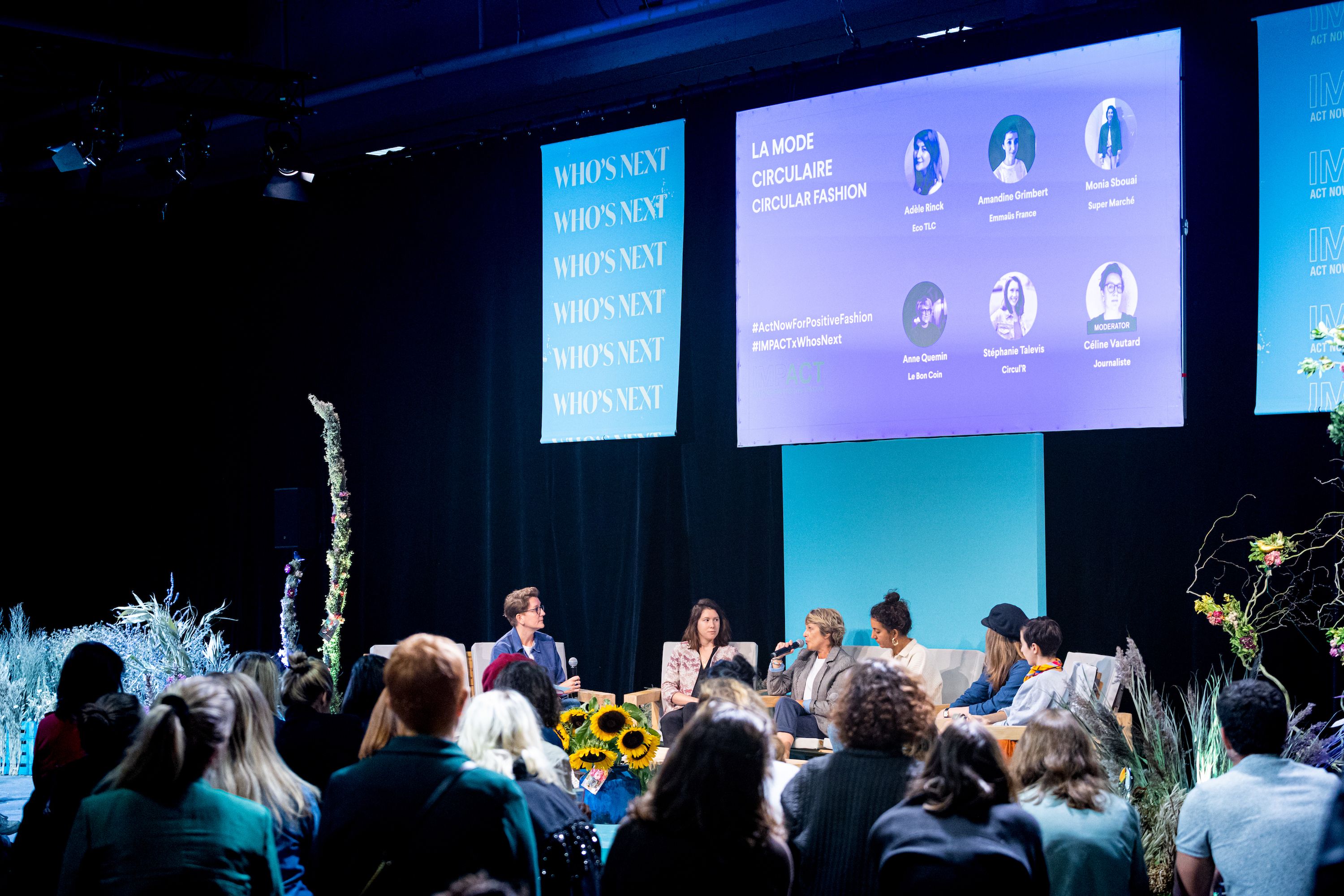 This year, Emmaüs is celebrating their 70-year anniversary and its position as the leading collection service in France. 70-years of giving a second life to objects and clothes that the French population use everyday. 70-years of efforts to ensure that products do not fall directly into landfill without a second chance. “The circular economy has been a part of Emmaüs’ DNA since its creation, when ragpickers used to collect waste clothing for resale. This bric-a-brac activity has finally become a major player in reuse, as Emmaus is also and above all a social player,” explains Amandine Grimbert, Sales space manager. In seventy years, a whole society has been shaken up, a whole economy has gone out of control. Extract, Produce, Consume, Discard... And start again. We thought we could repeat this formula over and over again, but this utopia is now a thing of the past. Time has passed since the Emmaus ragpickers’ collections, and yet today “second-hand” has never been so mainstream. Better yet, it’s never been so cool.
New brands are following in Emmaüs’ footsteps and offering a new and fresh vision of circular fashion. This is the case for the brand Super Marché whose name ironically acknowledges the stacked shelves of Fast-fashion. Founded 3 years ago by Monia Sbouai, ever since being launched the brand has benefited from an agreeable context. Nowadays, the used and unrefined items are favoured. The glitter and splendour of the first millennium has given way to cutting up materials, restoring items and resourcefulness, as also attested by the success of vintage clothing and the rise of upcycling brands such as Marine Serre, Andrea Crews, Paloma Wool and Affekt. “The transformation and handing down of clothing are at the heart of current issues, although there is still a lot of educational work to be done,” explains the designer for Super Marché, “Second-hand is no longer shameful, on the contrary, it is a new way of consuming, and this applies to all social classes combined,” expressed Monia Sbouai. Nowadays, we are proud to display an item that we found for a low price yet of high quality. 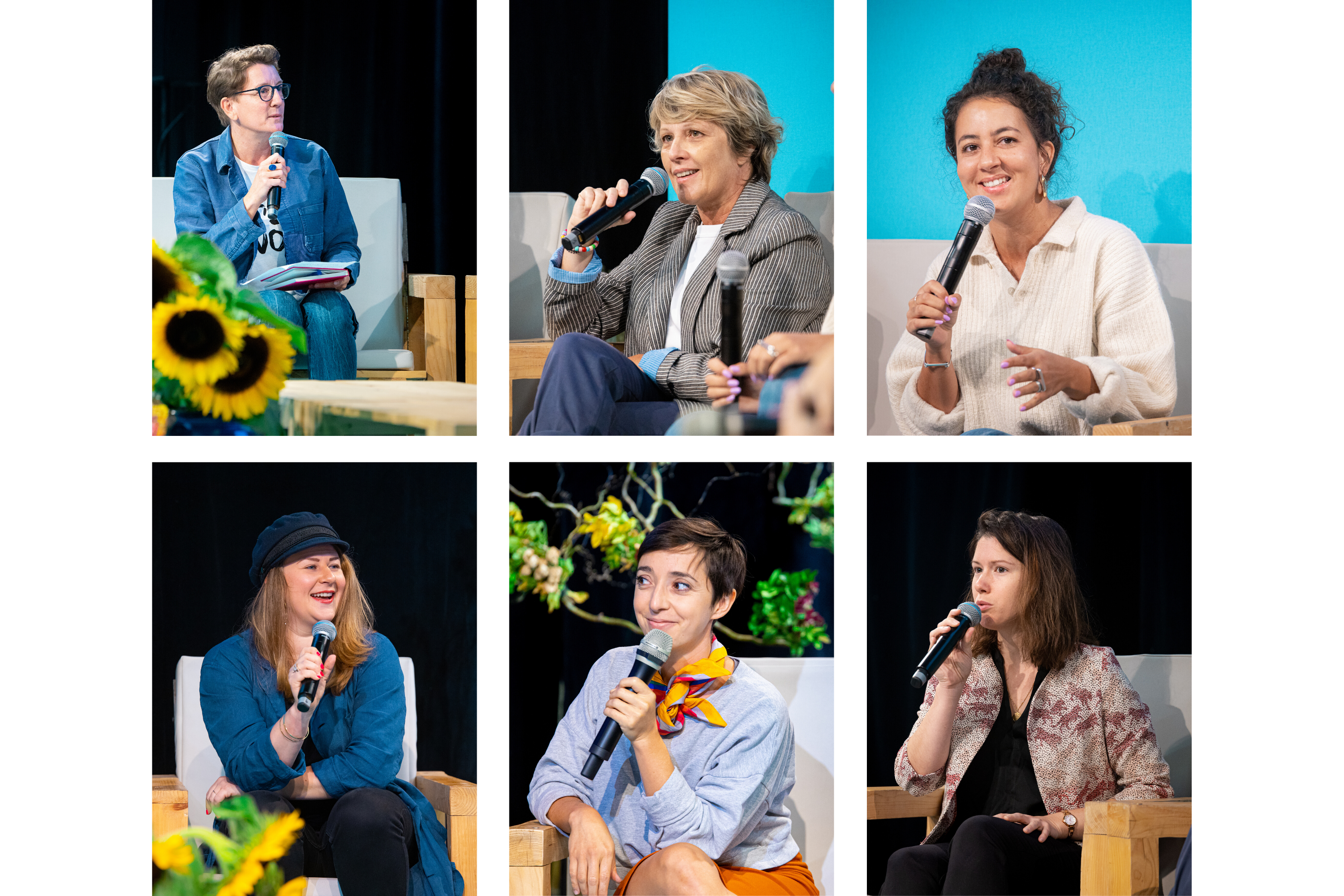 In recent years, the second-hand market has taken the industry by storm, attracting a very eclectic audience of all age groups. This growth has undoubtedly been made possible thanks to one single medium: the Internet. Now in 2019, 4 out of 10 French citizens buy second-hand fashion and according to the French Institute of Fashion, 39% of French citizens have already bought at least one second-hand item of clothing or accessories. “We have entered into an "economy of functionality",” explains Adèle Rinck, from the Eco TLC organisation, “which proposes specifications adapted to the needs of the fashion industry in order to ensure its transition towards a circular economy.” The non-profit corporation, commissioned by the Ministry of the Economy and Solidarity Transition, has an informative role to play and wishes to raise awareness throughout the industry regarding these new and significant challenges. Its role is to promote a new viable economic model in line with an eco-responsible approach. The bill concerning the destruction of unsold items, which is still in the process of being drafted, thus remains one of Eco TLC's main challenges. According to the official figures of the eco-organization, 624,000 tonnes of clothing and shoes are placed on the French market each year. Faced with this now obvious over-consumption, the second-hand sector therefore benefits from a more favourable market environment.
With 28 million adverts posted last year, Le Bon Coin remains the key example in terms of business models. The platform has also decided to support brands through this ecological transition by opening a fashion category for not only individuals but fashion professionals as well. From now on, they can find a second life for their returned, unsold and nearly new clothes on the website. “By offering this new partnership, Le Bon Coin wishes to be involved in the long-term plan as a full-fledged player in the circular economy,” explains Anne Quemin, Director of Communications, “but in reality the responsibility falls on the consumer, they are the ones who will change the game.”
A conscious customer who wants to change their ways and consumption habits in the face of brands ready to find sustainable solutions: this new eco-collaboration could indeed be the solution needed to achieve a circular transition. "But we are still in a very rhetoric phase at the moment, we are talking a lot but we have to act. We should set up a “fashion police” to ensure that these statements are enforced," concludes Monia Sbouai with a smile. If second-hand fashion is still in the experimentation and seduction phase, then the enthusiasm it generates across the market proves that it is no longer just a trend or a necessity: it is a desire. And what is fashion if not the perpetual equation of tastes and desires ?