Fashion, a matter of time

Impact Talk about the today fashion state of health

Since the 15th century, “fashion” has been food for thought. Up until the 19th century it was still marginal to the reign of tradition and classicism, then it was enforced by "modernity", whose neologism appeared in the 19th century, which established it as a moral, social, aesthetic and even philosophical subject. Fashion defines the quality of what is modern. It shines a light on current tastes and appropriates the spirit of the times to better represent it. Futility or innovation in creation, it highlights the individual beauty of an era, a society or a person. Bringing together the absolute and the relative, it is therefore intrinsically transitionary, ephemeral and contingent. Following the rules or disruptive, civil or rebellious, it has this unsubordinate manner capable of shaking up morals and norms. Fashion therefore creates a privileged testament of our behaviour as a society, whose state of health it describes in a way. What will fashion in 2019 bring? A little situational analysis with the designer Valentine Gauthier, Sakina M’sa the founder of Front de Mode, and Gaelle from the Atelier Gaelle Constantini moderated by Pascal Mourier, a fashion journalist. 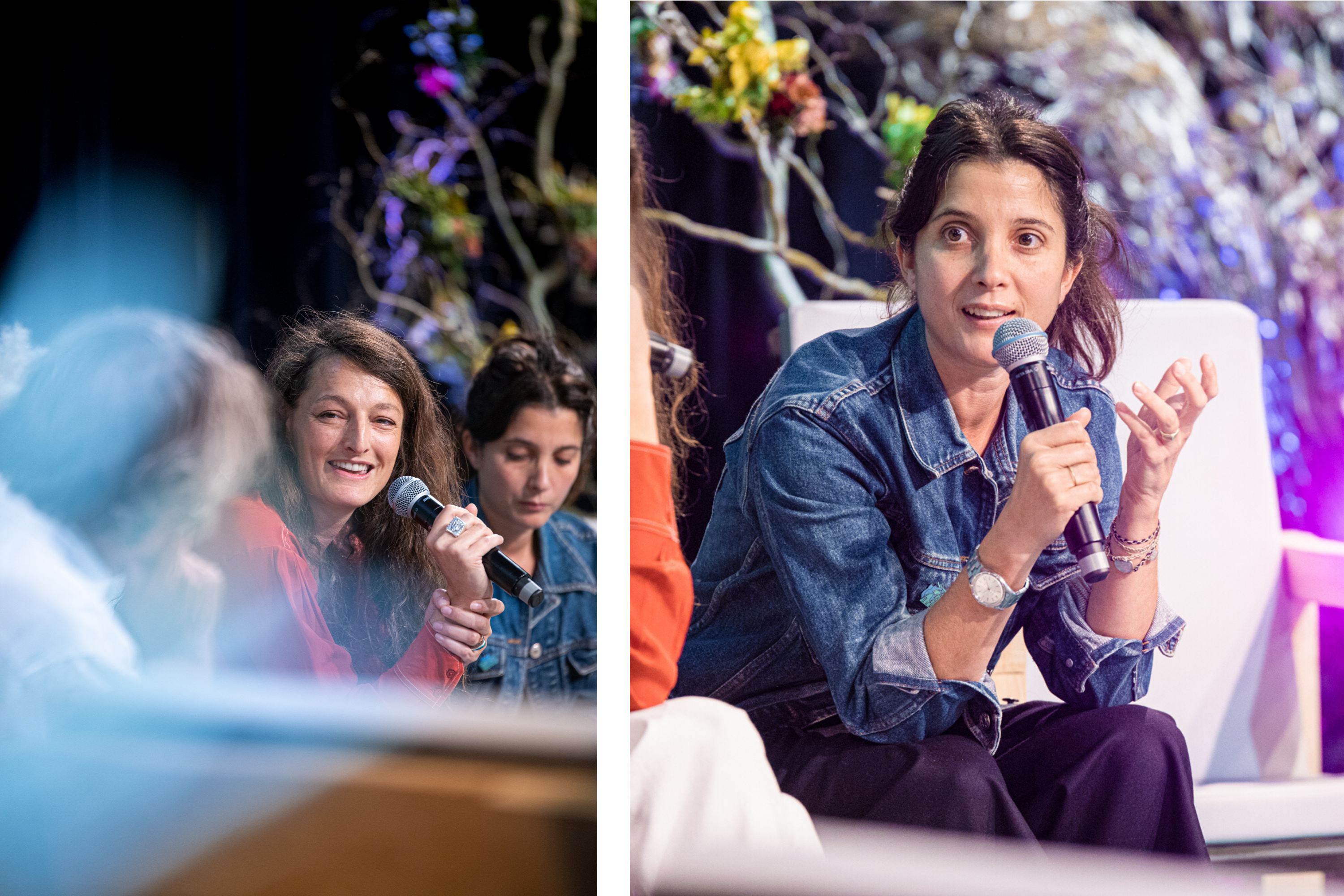 From the beginning, the Franco-Comorian designer Sakina M’sa has supported the idea of an “enlightened fashion industry: desirable, sustainable and responsible.” Front de Mode: Fashion in tune with the times that becomes a real tool for integration, even more a tool for fighting against issues as the name of the concept-store attests. At all times, fashion is enlightened by its symbols and dominated by its diktats. Today, far from the boundaries imposed by gender, social class, origin and age, Sakina M’sa is leading a new era of designers ready to fight against a blinkered fashion industry. Much like other independent designers such as Valentine Gauthier and Gaelle Constantini, it promotes the idea of an inclusive and transparent fashion industry at all levels of manufacturing and production of its pieces. In short, the primacy of clothes and those that create it. “Today we are witnessing a shift of paradigm in the industry, we are moving towards a more virtuous and optimistic fashion industry,” explains the designer. Fashion that is capable of influencing the rest of the world. Sakina M’sa does not hesitate to create her own fashion weeks, ever since her first catwalks in the Parisian region where she has showcased with people from her neighbourhood, to the colder ranks of the Fleury-Mérogis women's prison where female prisoners presented her collection in 2012. “Fashion is a tool of seduction, but it is also born of a desire to help each other. We must restart the “desire machine” to get us on the path to enlightenment.” So, is fashion a means of enlightenment? For Sakina M’Sa, she must in any case serve the rise of others. And not the opposite. Goodwill and optimism, two values that we find within Gaëlle Constantini’s vision which is an eponymous brand creating eco-responsible clothing based on local craftsmanship. An enlightened vision of fashion and a daily challenge which is not without its pressures, but that these three designers confront with a smile.
Far from prevailing green-washing, many of them are independent designers supporting another way of doing fashion by returning to an older model. “I want to go back to the first craftsmanship and to previous levels of consumption,” explains the designer Valentine Gauthier, “the one that was ingrained within me during my education. Be it, buying less but better.” Fashion, the eternal rebel, seems to be playing with time by promoting a virtuous cycle which is not unlike that which our parents and grandparents are used to. Returning to artisanal, local, small scale consumption: re-discovering the purpose and value of clothing. Returning to the luxury of tradition, know-how and beautiful materials symbolising both rarity and high cost. Returning to fairly priced clothing and the skills hidden behind a garment. In a globalised world where industrial groups are searching for mass production to facilitate the greatest and fastest distribution possible at the lowest cost, this return to the source appeals to many enthusiasts. “I prefer well-executed work to the exhausting pace of the collections imposed by the industry,” asserts Valentine Gauthier, a graduate in geo-ethnology and styling from the studios of Maison Martin Margiela, the designer confesses to working on instinct. Is know-how getting lost? 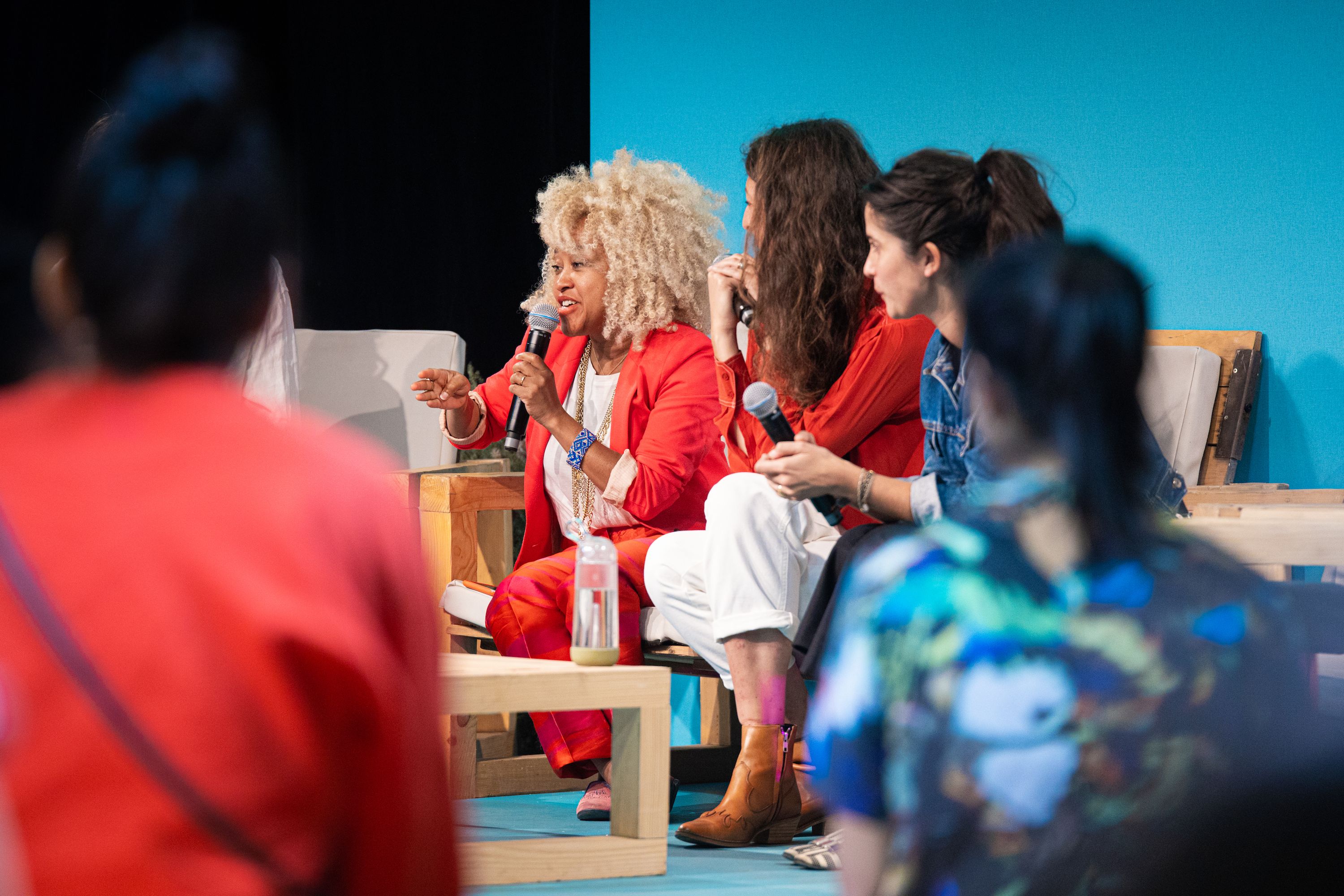 The fashion industry doesn’t know anything other than seasons. It previously took place over long cycles, but its rhythm has gradually swung between the collections of fashion weeks, cruise collections, collabs, capsules and drops of all kinds. Fashion has two seasons - Spring-Summer and Autumn-Winter - which has given way to the game of perpetual supply and demand, giving free rein to the temperamental and fickle spirit of the consumer. “We have to stop this fashion bulimia,” reinforces Sakina M’Sa. This message is resonated across the world and seems to be gradually being heard in the highest spheres of the industry, as seen with the recent cancellation of Stockholm Fashion Week last July, which acts as a warning cry in fashion. Or even, the ongoing discussion between the British Fashion Council, who organise London Fashion Week and Bel Jacobs, the representative for the global movement “Extinction Rebellion” who asked for the massive London event to be cancelled. If Fashion weeks still have a bright future ahead of them, the simple fact of pointing the finger at them, deeming them sometimes obsolete and too expensive, shows a generalised awareness that the industry simply cannot ignore. This new raise in awareness, particularly ecological awareness, has had a direct impact on the fashion and luxury giants eager to find solutions and aware of the cost of these large events. An example is Azzedine Alaïa, who was the first to decide to stop following the fashion shows; some designers are now taking the luxury of presenting their collections whenever they want, such as the great Margiela Fashion House or the brand Vêtement, which in 2018 advocated "no show". The Italian fashion house Gucci has found a good compromise, announcing last September that it will financially offset all the CO2 emissions it produces during its shows in order to reduce its carbon footprint to zero. Yet, if the big companies are trying to rethink the system, it is above all the young brands who will pave the way for eco-responsibility despite the obstacles and difficulties that they encounter daily.
A new “creative ecology” seems to be seeing the light of day, brought about by a new system of values which enhances work, instinct and even mutual aid. Designers are re-focusing, mainly on design and clothing. “The relationship with clothing is essential. Fashion, you can feel it, you can touch it, you can try it,” concludes Gaelle Constantini. “We want to put an end to the dictatorship of the new, shiny and the neatly packaged,” raises Valentine Gauthier. “A philosophy that we must from now on instill into the consumer that is used to a selection that is constantly updated and adapted to the current tastes.” Fashion seems to be suffering the reverse side of modernity. Subjected to commercial logic and mass criticism, it has to emancipate itself from its position as the object of consumption which is intrinsically temporary and perishable, in order to return to a long-term format and why not timeless as well? Fashion is looking backwards searching for a moral nature which the classical era could bestow upon it. As whatever the era, whatever the weather, fashion will always remain a classic.